By Tom Becraft and Rich DuBose

One day, I was watching for the arrival of a patient’s family members in our ER. The patient had coded, but his heart had been restarted and he was now stable. In fact, he was doing quite well. Standing in the corridor, I wore a badge clipped to my pocket. It identified me in large letters as “Chaplain.” A lady approached and slowed in front of me and read my badge. Before I could utter a word, she gasped and fainted, collapsing on the floor in front of me as if she had seen the Grim Reaper. She was revived to hear good news, learning that her loved one was alive and recovering well. Words matter. They carry baggage, both positive and negative.

I was once called upon to provide emotional and spiritual support for the family of a nationally prominent politician. From the moment of my first encounter, well-baited word-traps were set in front of me to ascertain my political loyalties. I somehow adroitly avoided falling into their tar pits and being pigeon-holed. Since being tarred and feathered is not my favorite pastime, I kept redirecting attention back toward the patient. In so doing, they embraced me and I watched this family’s love envelop the uncle and ease his passing. In those moments, political agendas and loyalty tests slipped away and all that mattered was, “Do you care?”

Some words are especially heavy with baggage. Society is increasingly fractious and fractured, contentious and broken, using labels such as “liberal” and “conservative” to judge and define ourselves and others. Such terms are often used in both the political and religious realm to identify friend and/or foe. They perpetuate an “us versus them” mindset that can easily get in the way of our ability to truly care for people rather than for agendas.

First, there is Pious John, the False Conservative.

John defines himself by how well he clings to the familiar. He is frightened by change or new ideas. He is frequently more anti-this or anti-that than he is for anything other than the status quo. He finds it easier to deal in appearances and stereotypes than nuanced differences. New ideas unsettle and scare him. He tends to focus attacks on persons rather than concepts. His un-wellness is seen in how he pushes or “legislates” his convictions on others, reducing faith and political loyalties to codified behavior.

Next, there is Meek Mary, the True Conservative.

Mary is careful to live in harmony with her own deeply examined convictions, guided by the dictates of her conscience, often informed by her well-studied views of the Sacred. She cares a great deal about righteous living because the reputation of the Transcendent Righteous One is at stake. She recognizes that her own understanding of eternal truth is limited. She sees a world outside of herself that fascinates and energizes her. Thus, she constantly seeks a newer and deeper understanding of how Divinity intersects with humanity. She is teachable. For her, life is a case study of how the Sacred interacts with humankind rather than a code list of do’s and don’ts. Her wellness is found in her trust in God’s all-sufficiency and she is so secure in her acceptance by the Divine that she feels no need or compulsion for garish living or self-aggrandizing behavior or any compulsion to manipulate the choices of others.

Then there is Supercilious Sally, the False Liberal.

Sally is unwilling to make commitments which might cramp her undisciplined lifestyle. She finds private consolation and comfort in the loose and inconsistent lifestyles of others, and tends to support their views and behaviors. She is constantly charmed by new and novel ideas. She recognizes few absolutes and thus has little respect for “unchanging truth.” She is a proponent of “grace,” but with little accountability. Her un-wellness appears in her absence of boundaries. In her self-absorption, she has a hard time “tightening her belt” so that others might have sufficient for their needs.

Finally, there is Gracious Luke, the True Liberal.

Luke grants freedom of choice to others so that they will change because they are convicted in their own hearts, rather than because they have been coerced or manipulated. He is willing to see truth expressed in more than one way, or in a new light, so long as it is a responsible effort to listen, walk and talk with integrity before the Sacred. He treats others with respect and dignity even while disagreeing with both their ideas and behaviors. Like Meek Mary, the True Conservative, he is teachable. His grace-orientation compels him to be forgiving even as he establishes appropriate boundaries against destructive, manipulative and violent influences.

Even as I pray to be a True Conservative in my Christian faith, I also seek to be a True Liberal. I want to have the True Conservative and True Liberal as my neighbors, and that is the kind of neighbor I want to be. In other words, I want my ways of being, doing, hearing and speaking to be guided by awareness of transcendent values. While I self-identify as a Christian, I recognized these values in persons in many walks of life. I also observe negative forces moving within my own faith tradition.

For example, not long ago an unknown looter once again removed all non-Christian sacred texts from our hospital’s interfaith chapel. On another day, a prayer rug often used by Muslim believers was stolen a third time. After the thefts, only Christian resources remained, making me wonder: What spirit motivates this “sanitizing” of space dedicated to the soul-nurture of all people?

As political and religious zealots roll across America during this campaign season, I wonder, will our better nature remember what strengthens, sustains and unites us as a people. The United States Constitution and the Bill of Rights, as I understand them, contain language that is intended to protect minorities from the excessive dominance of a majority culture. Our founding fathers saw rightly that Right is not to be found alone in the majority might of many but in the deeper recesses of the individual human spirit.

In their prescient wisdom they saw that the Right of righteousness appears when each person takes responsibility for the pursuit of his/her own life, liberty and happiness even while seeking to preserve that sacred right for others. This constitutionally mandated respect for minority positions sets American democracy apart from the simple majority-orientation of other democratic systems. (This is also why there is to be no state-church or government-led establishment of religion in America). Thus, as I see it, behaviors such as the removal of non-Christian texts and the repeated theft of prayer rugs from an interfaith sanctum are egregiously disrespectful of the American spirit.

Such behaviors, I believe, are also a repudiation of the golden truth that transcends and unites people across cultures and belief systems. It is a precious truth that bridges the span between authentic conservatism and genuine liberality. Please consider the Golden Rule as it appears throughout the world in diverse cultures and religions:

So, does it matter if we are liberal or conservative? Isn’t it possible that the Sacred intends for us to be both?

For the deeply religious of all stripes, breeds and creeds, this is a topic with profound implications that should be thoughtfully studied. When we show disrespect toward the political and religious beliefs and practices of others, what do our actions show? Is it possible that our behaviors will become “deeds of unfaith” rather than acts of righteousness?

With hope for national, institutional and personal wellness, I pray that true conservatism and genuine liberality will find a home in the hearts of all!

About Tom Becraft and Rich DuBose 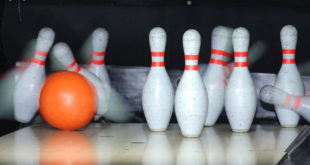